Almost, But Not Yet 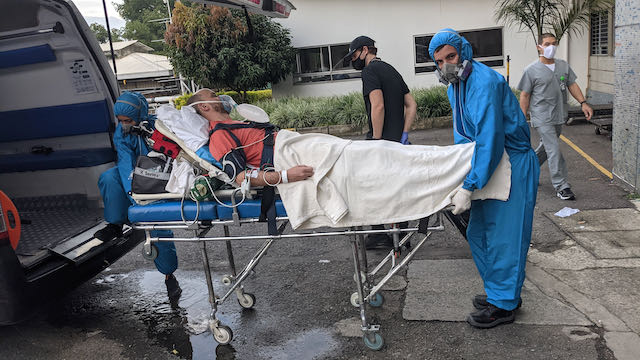 We often think of going into all the world as the Great Commission. There is also the teaching (winning to Christ), the baptizing, and the teaching them to observe (discipleship). In May we were privileged to baptize 15 (12 of 15 pictured above) believers who were ready to take the next step towards becoming disciples for Jesus Christ. In addition, almost half of them were young people! Pray as most of them are actively being discipled by other members of our church.

William is an institute graduate from this year. He told me to pray for him as God had put on his heart to open his home to neighbors and begin a Bible study. We began to pray, and months later he told me he was going to begin. He did, and was discouraged when no one came. I encouraged him forward and told him if God was in it, it would happen. He recently sent me a picture of his tiny living room full of his neighbors studying the Bible. Pray God blesses his willingness to step forward.

My family fell sick with COVID the end of May to mid June. I was the only one who had to be hospitalized. 8 days later that led to an emergency aerial medical evacuation to Miami. I arrived in critical condition. I was placed in a RCU unit suffering from respiratory failure. 9 days later I was miraculously released. I almost died, but God stepped in and said boys, “Not yet.” Praise God for his intervention.

What started just a few months ago has now grown to almost 30% of the total funds needed to complete the project. That means several of you have gotten involved. Praise God for you! For those who haven’t taken the opportunity, please don’t wait. Take advantage now while the chance is still available. Please email me for more details about the project and how you can help. God is going to do this!