God Has Been Good 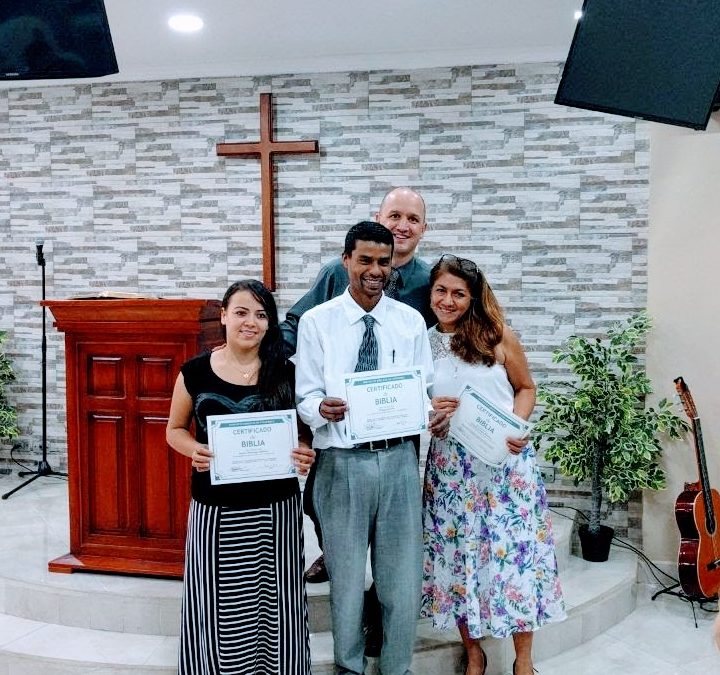 It was six or seven years ago when I first talked to Jonathan. We were on deputation and he called to ask me about Colombia. I told him we would be praying for him and he would be welcome to come visit once we arrived in Colombia.

We arrived, and shortly after Jonathan visited us. A few years later he and his new wife Ashley returned for an official survey trip. God seemed to confirm their call here.

They arrived here in July this year after successfully completing their deputation. Please pray for them as they are now studying the language and that God would guide and direct them as they work alongside us.

This year we graduated our first three students with a Certificate of Bible. They completed the first year of our three year Institute program.

Paula, Fredy, and Lined have been our most faithful students and have taken every course offered since the beginning. Please pray for them as they continue to strive towards full program completion. They are all actively serving and discipling others in the church which makes their pastor very happy!

Earlier this year, the Colombian government reached a peace accord with the leftist terrorist group known as the FARC. In addition, the FARC has just officially started their own political party. Many have mixed emotions and don’t know what to expect. Pray for the country as the details are implemented and the tens of thousands of ex-guerrillas make their way back into society. Pray that the Gospel could be spread into areas that previously were closed.

Fredy and Salomé are two young adults that are showing interest in cross-cultural missions. Fredy has talked about the Middle-East, and Salomé about Asia. Pray that God continues to guide them, and that if it be God’s will, they will take the steps necessary to obey Him.