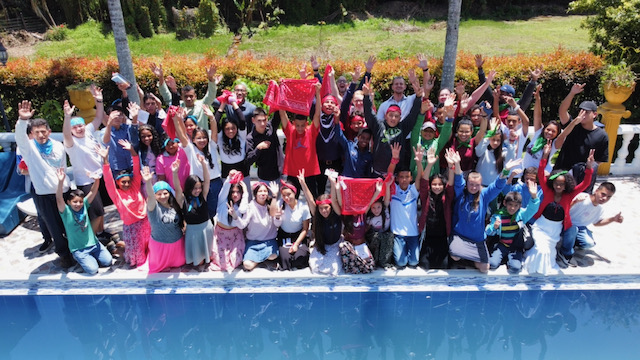 Javier was recently hospitalized with COVID. His wife, Liliana, stayed with her sister so she could be closer to the hospital. Multiple times Liliana and I spoke as she cried out in desperation. Meanwhile, she witnessed to her family. After Javier recovered, Liliana’s sister and family came to church. 8 souls were saved that day and Liliana’s sister and her daughter were among those who believed. God worked all things together for good. His battle with COVID happened for them.

After having to reschedule it twice, we were finally able to have our youth camp. We had almost 40 in attendance and God really moved. We had 8 kids saved, and 5 of those were kids from a mission we have in the mountains. One of the highlights of the camp was when the boy’s championship team played against the men in a pool contest. Us “old guys” won and reminded them who was boss! Kids were crying when camp ended because they didn’t want to leave. It was a huge success!

It started when I was contacted by a woman in Switzerland. She had a burden for a family member in Medellín. We reached out and eventually made the connection. She later started coming to church and got saved. I was  privileged to baptize her and 3 others just recently. Don’t give up witnessing to your family regardless of the situation. Victory could be right around the corner!

Several months ago I started discipling three young men. Through that process, all three got saved and two of them got baptized. We finished up recently and I took them out to celebrate their faithfulness and discipline. They are now helping run the sound booth, preparing and stocking tracts, and three of our most faithful soul winners. Making disciples is one of the greatest joys there is!